“We have been actively investing in Hobart for a couple of years now. Hobart’s property market was dead flat when Propertyology started our run there. Our buyer’s agents have observed firsthand price growth of 8 to 10 per cent over the past 12 months. We can only see buyer activity further intensifying and forcing stronger growth over the next couple of years,” said Propertyology Head of Market Research, Simon Pressley.
On an all things being equal basis, double-digit price growth is well and truly on the cards for Hobart in 2017.

“The significant retraction in properties listed for sale has made it increasingly difficult for our buyer’s agents to find suitable properties for our investors. Properties are generally selling within a week of listing and often going for prices well above our own appraisal range. The market is red hot,” Pressley said. 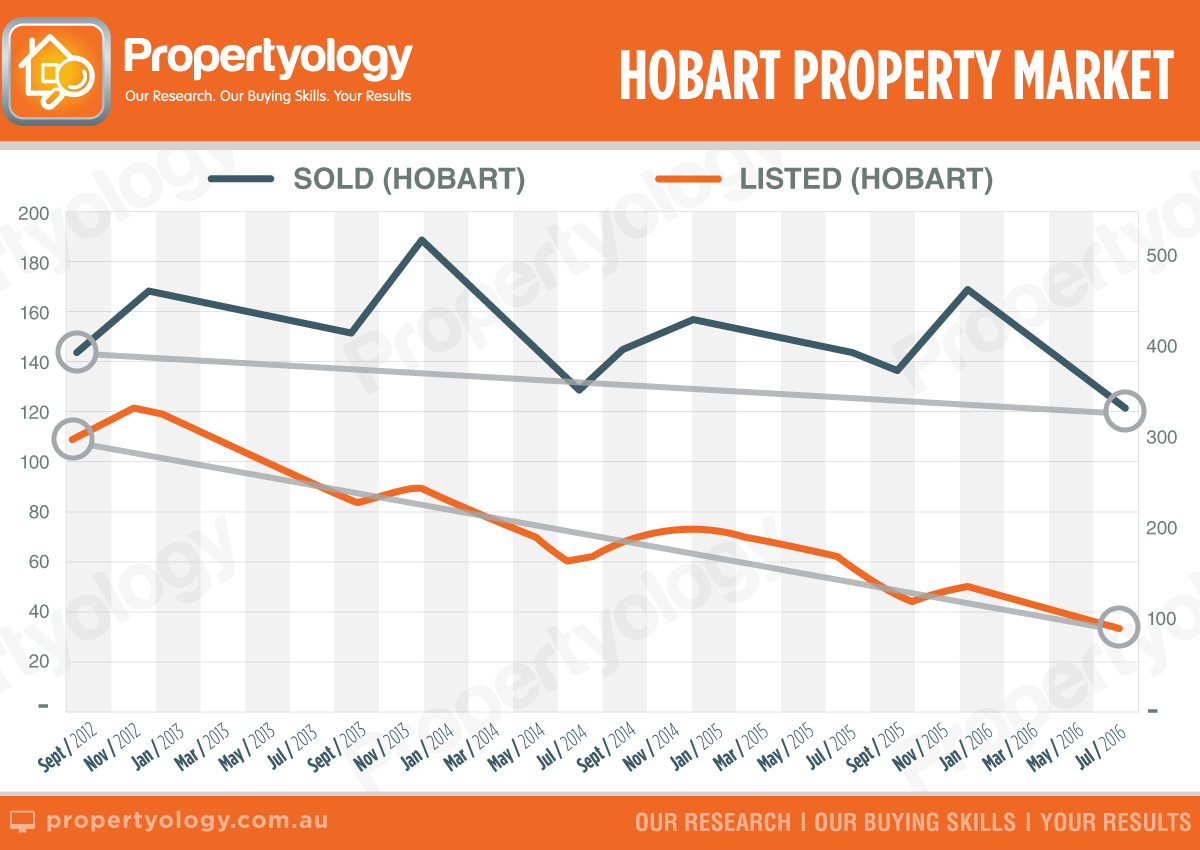 Residential vacancy rates in Hobart are the lowest of all capital cities and rental yields are the highest.

According to Propertyology, “it’s an investor’s paradise in that Hobart is producing the dual benefit of solid capital growth and high rental yield”.

On the back of the underrated improvement with Tasmania’s economy over the last couple of years, the latest quarterly population data from ABS showed its highest population growth rate in five years. A reversal in the interstate migration trend is an additional positive indicator.

Some property investors place too much emphasis on Tasmania’s below average population growth rate. The fact is that, over the last 20 years, there have only been 2 quarters out of 80 where Tasmania’s population grew by more than the national average (Q2 2006 and Q4 2003) but Hobart’s property market has experienced plenty of strong years. Perhaps the best example is the 6 year era 2001 to 2006, inclusive, when Tasmania’s population growth rate was below the national average for 5 of those 6 years yet property price growth was far superior to Sydney, including growth of 44.6 per cent, 32.1 and 11.2 in 2003, 2004 and 2005. 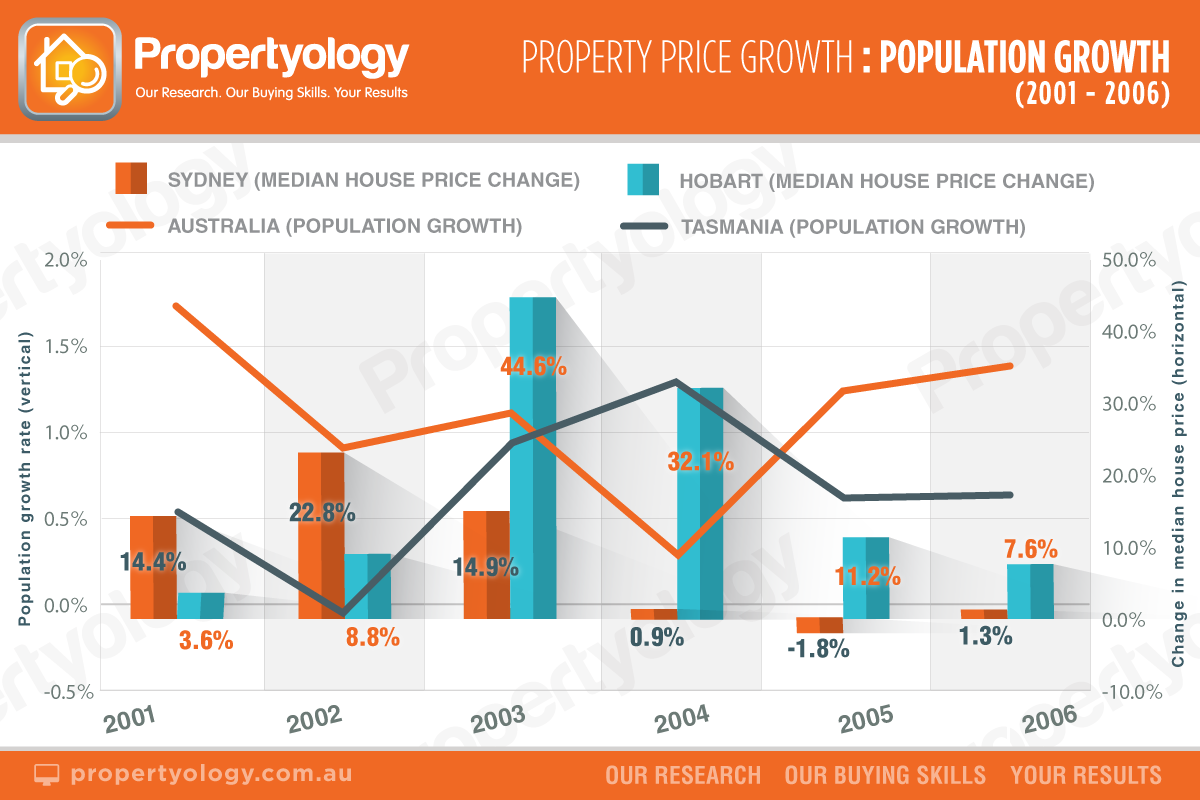 Of greater significance to housing demand than population growth is affordability and economic improvement. Hobart’s median house price is well less than half the cost of Sydney and Melbourne and there’s good reason to be optimistic about Tasmania’s economy.

Job volumes in Hobart bottomed at 100,400 in January 2014 and increased to 106,000 as at December 2015. The improved labour market has definitely lead to a general increase in consumer confidence. 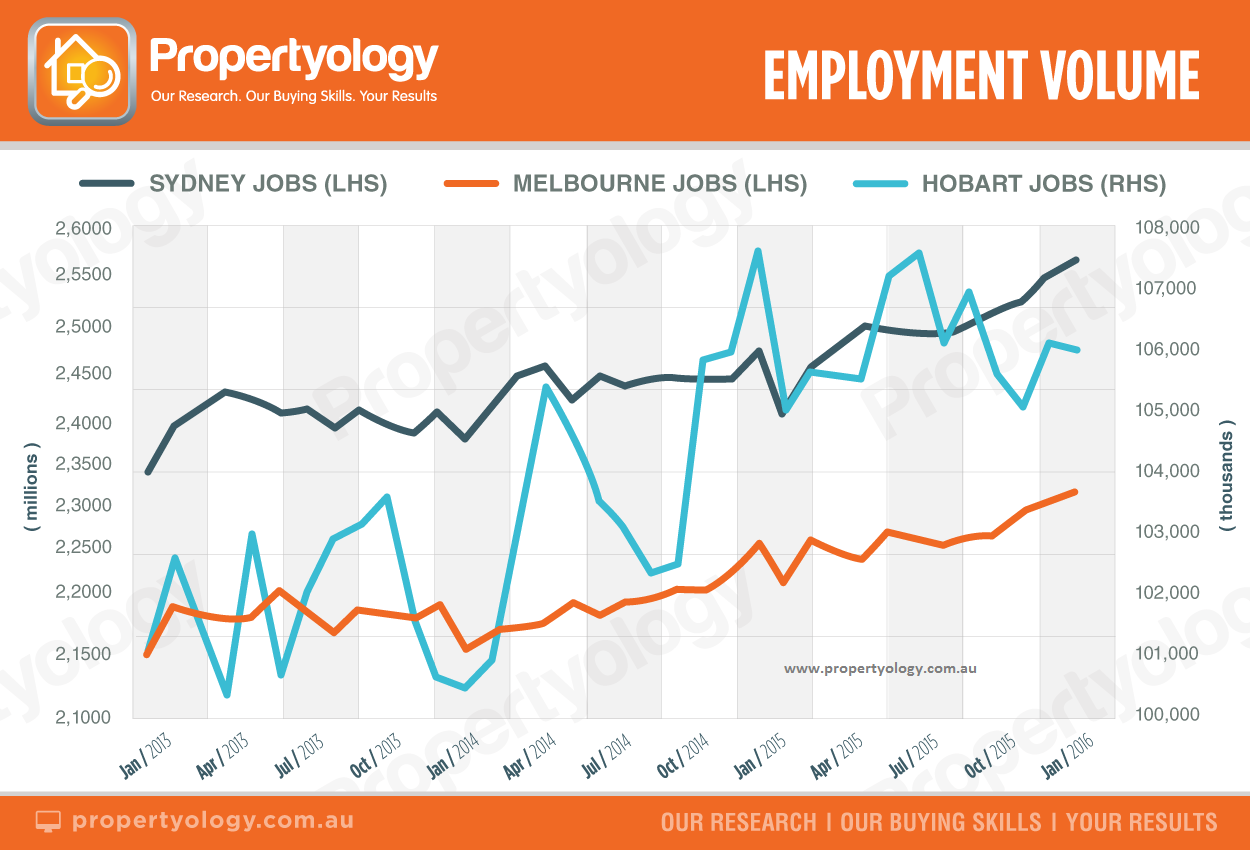 Sydney and Melbourne are much closer to the end than the beginning of their growth cycles. Hobart, on the other hand, is just beginning.

While Tasmania’s economy still has a few challenges, the same can be said for most of Australia. The untold story however, is the significant improvement which has already taken place:

Big mainland cities have unprecedented high volumes of new properties in the supply pipeline at a time when population growth (demand) is not dissimilar to historical trends. Hobart on the other hand has building approval volume which are much more sustainable.

As these charts show, there is an imbalance which threatens Sydney and Melbourne property markets, especially if interest rates rise and / or Asian investors need to get their money out of Australia. Hobart’s supply and demand metrics certainly look more balanced. 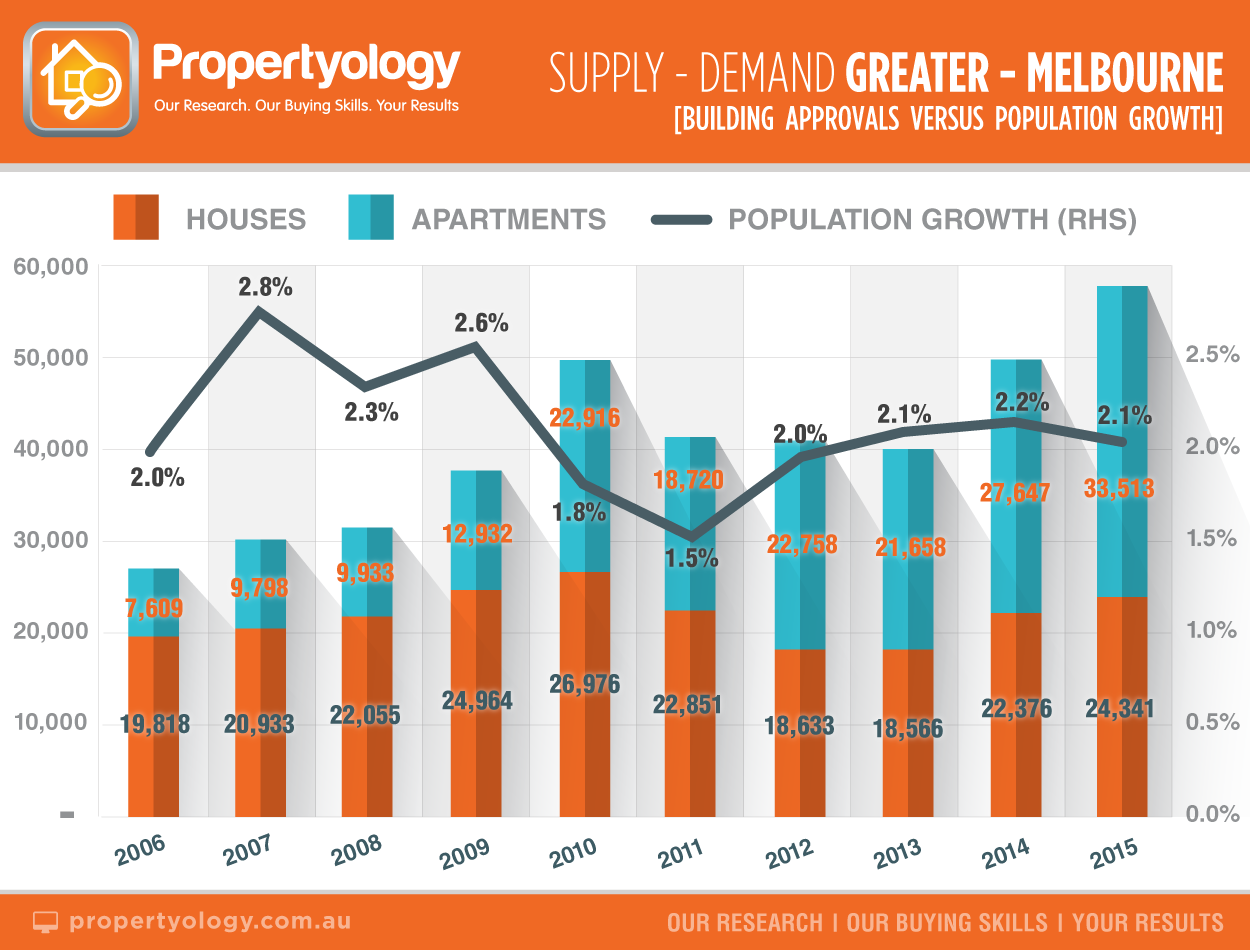 Not only are you guys great at what you do, you make life easier..

Is Ballarat a property investment hotspot?

You’ve Saved Your Deposit, Now What?