Is it possible to combine freedom with successful property investment?

Well, yes, it is, because 30-something couple Jessica and Belinda are doing just that.

The pair, who have already been on the road for 18 months, are currently cruising around in their four-wheel-drive somewhere near Kakadu and will continue their adventure for at least another year and a half.

But first, let’s take a step back to when the pair started on the journey of property investment individually.

About a decade ago, Jess bought a house in her hometown of Coolum on the Sunshine Coast, while Bel bought a block of land with her sister in Kiama, New South Wales, on which they confidently built a duplex.

Jess and Bel then proceeded to construct a granny flat at the rear of her Coolum property together.

Jess says that Bel’s saving prowess meant she’d soon paid off her share of the Kiama property, which got the pair thinking about their future.

“After Bel paid hers off we realised we were in a position, if we were really smart, that we could really make this work and work towards having more of a freedom lifestyle,” Jess says.

That goal involved Jess selling a successful franchise she had owned for eight years, but before she did that, the pair decided to invest in more property.

Before that decision, however, Jess’s property journey hadn’t been completely smooth sailing.

“I bought a unit in Coolum thinking it would be great to have a unit there one day and then all of a sudden all of these new developments started to be built,” she says.

“Who wants to buy an old unit when you can get a new unit for not much more?

“I lost money on that because I think I was emotionally buying things. Whereas this time we wanted to invest smartly and that’s why we went on a hunt to find the right advice.”

That hunt led them to Propertyology, following a recommendation. Jess says she was impressed by the firm’s research as well as its philosophy of investing in affordable locations that have plenty of capital growth and cash flow upside.

“I liked the fact that their top locations include an open mind to regional locations. I’m a big believer that regional cities have a lot of potential,” she says.

“They were very organised and the amount of detail was amazing. I was also impressed by their processes.”

In-depth consultations with Propertyology soon had the pair considering potential properties in locations that ticked a lot of boxes.

Jess says one of her investment fundamentals was properties that had an affordable buy-in price.

A sky-high mortgage is of no interest to her, she says, when freedom is one of the couple’s main motivations.

“I always wanted a property that if something changed in my life that I could just go and get a normal job and still be able to afford the mortgage,” she says.

“I like the price points that they have because I think they’re really manageable.

“I could never go and take a mortgage for $700,000, even though I could probably afford it if I wanted to, because I just think that’s so much money.”

The first property the couple purchased via Propertyology was a three-bedroom, two-bathroom house in a capital city for $416,000 in February 2016. The property was rented for $390 per week, which has increased since that time.

“It was the most stress-free property purchase I have ever made. It was amazing actually – and we had a lot going on at the time. It was exceptional service,” she says.

The seamless experience saw the couple quickly move ahead with another purchase using Propertyology’s expertise and guidance.

In June 2016, Jess and Bel became the proud owners of another three-bedroom, two-bedroom house in a major regional centre for $312,500, which attracted $330 per week in rent. 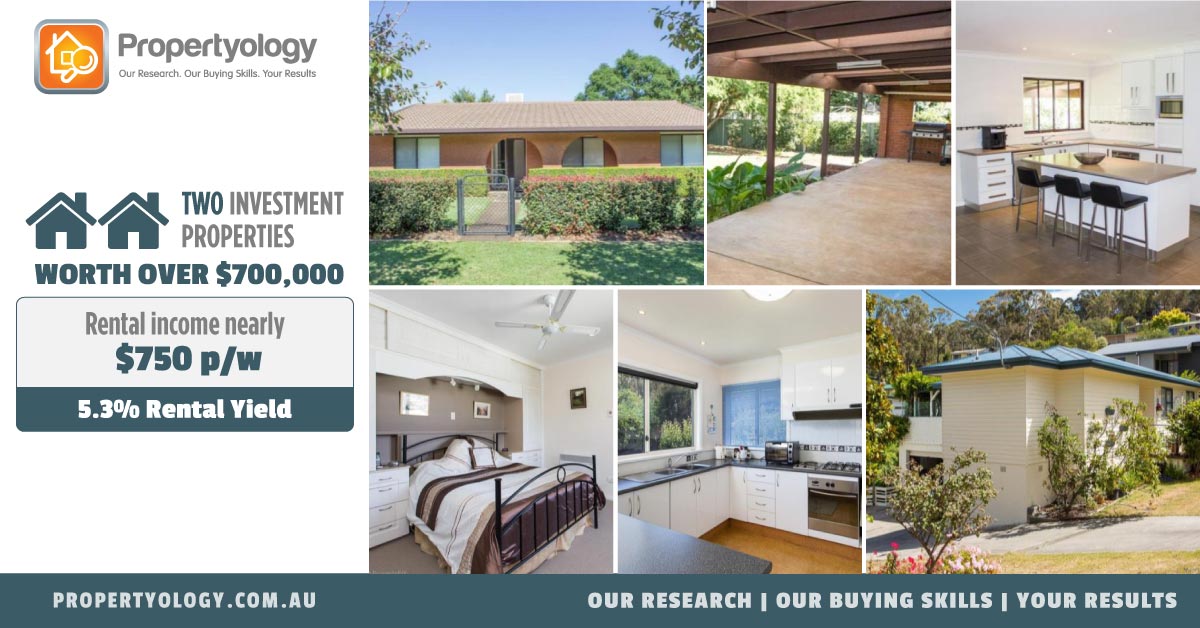 The pair is now halfway through their Australian overland adventure, safe in the knowledge that their financial future is in good shape, courtesy of the four properties in their portfolio.

While they enjoy their freedom, Jess is still looking to the future and admits she’s keen to buy another property at some stage.

“If I was to ever invest again, I would definitely do it with Propertyology without a doubt,” Jess says.

And in the meantime, she says, the pair will continue to enjoy life and be free – a motivational philosophy if ever there was one.

February 2, 2015 - by Propertyology Head of Research and REIA Hall of Famer, Simon Pressley

The Future of the Baby-Boomers