Which GROWTH DRIVERS impact markets the most?

Which GROWTH DRIVERS impact markets the most?

As Australia’s population has increased over the decades and centuries, the types of properties that people desire have changed, too.

That is partly due to villages becoming cities, our economy maturing, the development of infrastructure, generational change, and our growing population.

However, it’s also about affordability.

Very few people can afford to buy a castle on the hill – even though Ed Sheeran might reminisce lyrically about it.

What is a growth driver?

A growth driver is a factor (or external force) that directly or indirectly has the effect of increasing the volume of buyer activity so that property prices increase.

The major issue with growth drivers is that most people’s understanding of them is based on myths, often underpinned by their own emotional opinions and bias. The thing is, your personal preferences will never be the same as everyone else’s preferences.

When these myths are put under the microscope and the historical performance is examined, we learn that people often confuse “desire” with “demand”.

What are some common property growth drivers myths?

City views, beaches, cafes and shops certainly add to the appeal of a localised area but, contrary to what many real estate sales agents might tell you, they are not growth drivers. They are merely features and benefits of a community.

Cafes and shops are located in every town and city, but do 25 million Australians live next door to them?

At the end of the day, Australia is one big island.  If “water” was a genuine growth driver then why don’t the seven out of eight capital cities and dozens of regional locations that are located along our coastline boom every year?

Population growth is one of many factors that influence property prices, but it’s far from the most important factor. Let’s consider this comparison as an example.

One could purchase five houses in Ararat for the cost of one in Sydney. But, when we compare their respective property markets, we can see that not only has Ararat recorded property price growth of 7.1 per cent per annum, its rental yield is far superior to Sydney’s at 6.9 per cent.

The total return to investors over the last 16 years was 10.8 per cent in Sydney compared to 14 per cent in Ararat. So much for population growth being a significant price driver!

What role does infrastructure play?

Of course, for sustained growth over the longer term, a community requires essential infrastructure such as quality retail, education, recreation, health, and transport, but that doesn’t mean a new hospital or university is going to send property prices soaring.

While plenty of people might work or study at universities and hospitals, that doesn’t mean they all live around the corner. Just think of your own workplace for a moment – I’m sure that most of your colleagues live just down the street and walk to work.

Not only do people choose to live in particular suburbs for myriad reasons, it’s actually quite common for city councils to encourage increased housing density adjacent to hospitals and universities – readily available supply which can result in below par property value and rental growth. 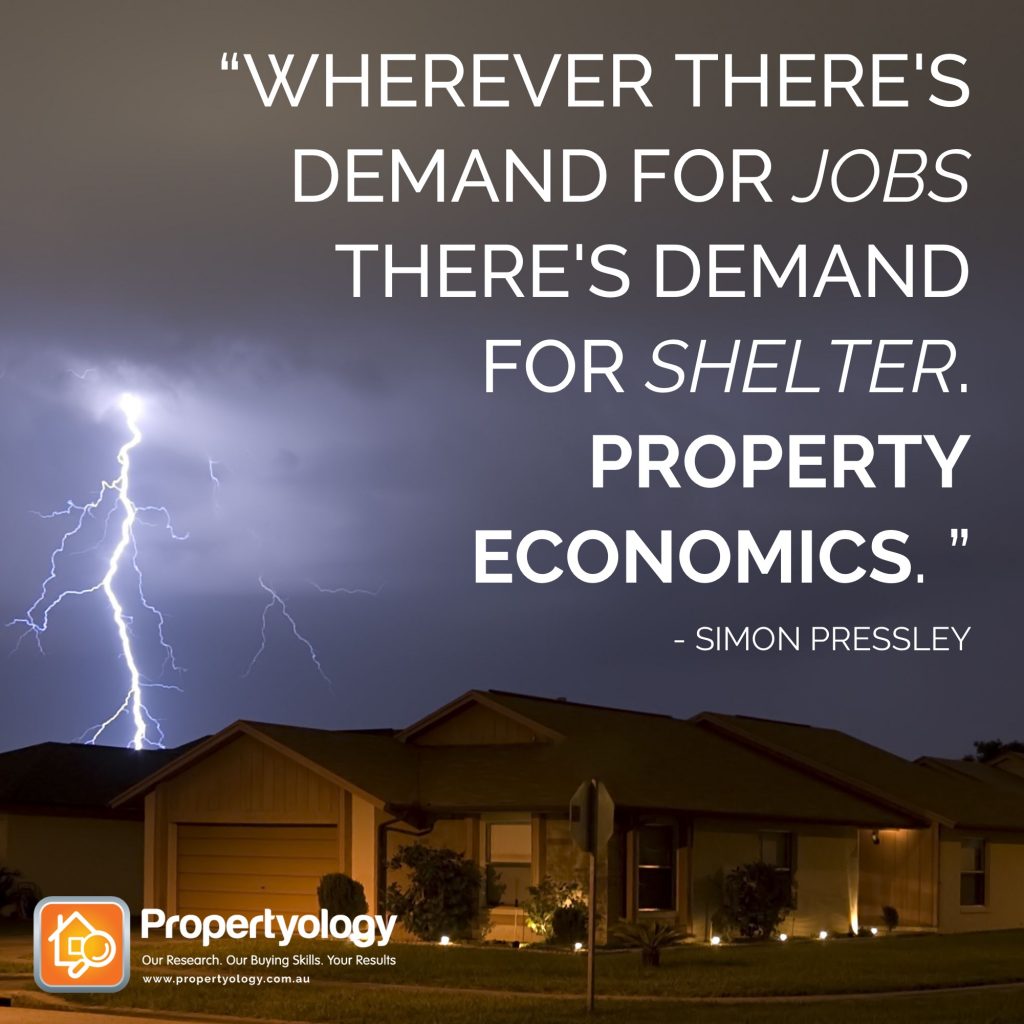 Train stations are another myth. Most of Australia’s passenger rail infrastructure has already been in place for decades so any potential for extra property price growth directly attributed to proximity was realised back when the Catholic Church purchased their castle on the hill. Today, those locations are probably too expensive for the average punter to be able to afford to buy in.

Only about 4.6 per cent of Australians catch the train to get work, according to the 2016 Census. While this percentage is higher in Sydney (10.9 per cent) and Melbourne (7.2 per cent), it’s still a small proportion of the total buying population.

In isolation, a new infrastructure project may have no material impact on property prices whatsoever. For example, while very important projects for the community, the Clem 7 and Legacy Way tunnels are two of Brisbane’s largest ever infrastructure projects, yet I defy anyone to show me a property that has significantly appreciated in value because of them.

The most significant benefit of infrastructure projects on property markets occurs when the cumulative volume of new jobs from all projects is such that the economy drastically improves. Pressure builds within a property market when extra confidence within a community leads to increased buyer activity.

Let’s face it, there’s no law that says anyone must buy a property. It’s not a transaction that most people do very often.

So, what drives property prices?

Pressure within a market is what drives price growth. That pressure comes from a number of factors which increase the volume of buyer activity right across a town or city. Typically, this comes from increased employment, wages, and local confidence.

Successful property investment is never about where or what you would personally want to live in. It’s about identifying the locations where pressure is building which will ultimately result in property price growth over time. 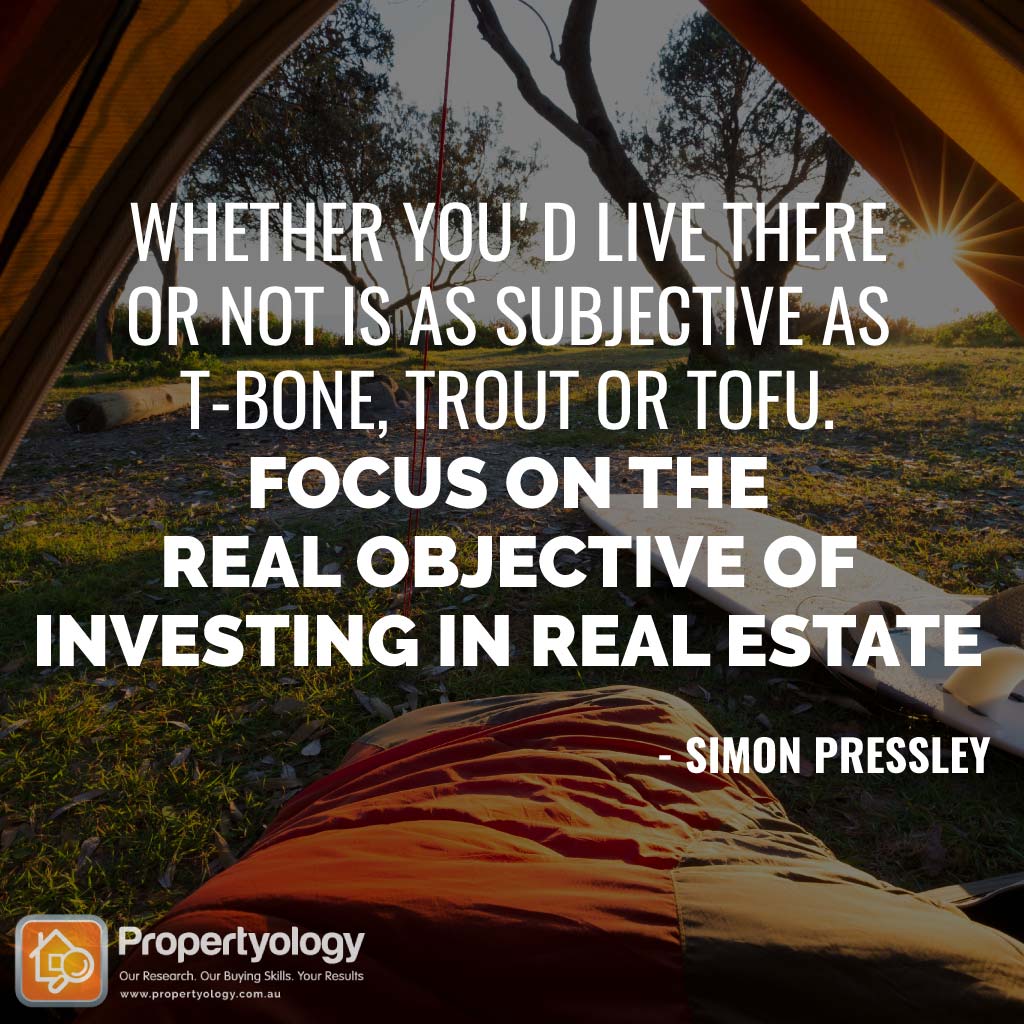 What are some examples of genuine growth drivers?

What are Australia’s 40 most expensive cities?

May 10, 2019 - by Propertyology Head of Research and REIA Hall of Famer, Simon Pressley

May 13, 2022 - by Propertyology Head of Research and REIA Hall of Famer, Simon Pressley